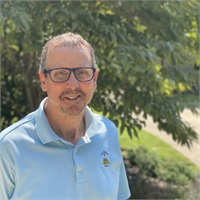 For our founder and Principal, Tom, the calling to become an advisor struck when he least expected it. While pursuing an MBA at Columbia Business School, Tom’s exposure to the financial services industry ignited a longing to guide others in working towards financial success.

With three children and a 20-year career behind him, Tom took a leap of faith and accepted a position with Salomon Smith Barney in 2001.  As he had suspected, this role presented a wealth of thrilling challenges and rewarding opportunities. Five years later, he furthered his pledge to do right by clients by founding Pinnacle Advisor Group, an independent financial advisory firm that champions transparency, honesty, and fiduciary responsibility. Today, Tom takes pride in working with his team to help their clients make educated decisions and manage their assets and retirement plans from the perspective of a business owner.

Throughout his life, Tom has earned a reputation for being hard-working and goal-oriented. The son of Depression-era parents, he grew up in a blue collar home and put himself through Bloomsburg State College. Since opening his own practice, he’s received a Spotlight Award from the Eastern Pennsylvania Business Journal in 2008 and a SUITS Award from Equilibrium in 2010. Both accolades recognize those in the community who personify business excellence, innovation, and service to others.

Tom has been married to his wife, Cheryl, for 35 years, and they have three wonderful children. At the age of 50, he competed in his first of five Ironman triathlons, which consists of a 2.4 mile swim, a 112 mile bike ride, and a 26.2 mile run. He also has four marathons and one ultra-marathon (50k) under his belt. When he’s not spending time training or enjoying the company of family, he’s active in various civic organizations, including The Courtney Anne Diacont Memorial Foundation, where he serves on the board. Previously, Tom held board positions with the Eastern PA Chapter of the Leukemia & Lymphoma Society, the Small Business Council of the Greater Lehigh Valley Chamber of Commerce, and Bloomsburg University Alumni Association.